skip to main | skip to sidebar

Topics to Tickle Your Funny Bone

It's a new year, it's time for a fresh start. Sort of.

I'm not in the mood to change up all the design of my page right now, so that stays the same.

There have been a ton of changes since I last posted here, but we're mostly the same goofy family.

Still married to Hubby and we still live in Pleasantville.

Stinkles is twelve - participates in the Character Council, Girl Scouts, soccer, school musical, and does college level research projects. She's also a good kid, but that drummer in her head is still playing a death dirge - ugh!

Cupie is fourteen - a soccer goalie, cheerleader, member of the National Junior Honor Society, Girl Scout, active member at church, generally a good kid. But, Dude! She has all the snark and attitude that's uber typical of a fourteen year old!

And she's still as klutzy as ever.

So Hubby and I are sitting in the family room watching Shameless and there is a commotion from the kitchen. Like the kind you hear in Scooby-Doo - ZOINKS!

I tried to jump up from the couch, but we have those electric footrests, and putting them down is slower than the old lady with the stair lift in Gremlins (before the Gremlins get to it). By the time I get to the kitchen, Cupie is still standing there dumbfounded. I think she was shocked because her perfectly prepared bowl of cereal was on the floor amongst the lunch crumbs, a stool, and a rogue sock.

Apparently, her feet were on the stool, she went to get up, tangled her feet in the stool legs and KERPLOSH! Cereal on the floor! That's a direct quote.

I looked at the floor again - there was cereal and a bowl, but no milk splatter. WTH!?!?

The kid puts milk on the cereal, dunks all the cereal pieces, drinks the milk out and then eats the cereal. It's to ensure the cereal doesn't get soggy, just moist (ewe, moist).

But a few are soooo much more.

Just read thru chapter five of Fifty Shades of Grey and you'll know how much more I'm talking about. . .

No, I've never done THAT in the elevator, but sometimes, I change an uneventful, benign elevator ride into a source of entertainment.

Like the other day, I walked over to the elevator where a co-worker was already waiting. I said, "Going down?"

Did I mention my office is on the top floor?

Did I mention that we don't have one of those cool, burst-thru-the-ceiling glass elevators like in Charlie & the Chocolate Factory?

Hmm, I didn't think so. However, my co-worker was kind enough to try to hide her snicker and say, "Um, yah." You all I'm sure are snickering right to my face the computer screen.

Did I mention I'm a dork? Snicker away, I can't hear you.

I can be a good doobey.

I turn the water off while I'm brushing my teeth.

I let in as much natural light as I can during the day.

I plan my errands so that I make a loop instead of a zig-zag, back & forth, curli-que, jacked-up route.

I put cardboard in the recycle bin.

It's that last one that's tricky though.

In our house, there are a few simple steps to be taken in order to effectively (and safely) move cardboard to the recycle bin on the back patio:

What happens when you skip a step?

Or worse, add a step?

is what happens when you fail to break down a box (step 2) and move the boxes from the back door area to the back porch instead of taking them directly to the recycle bin (step 3).

There is a reason there is no step 2a! Dorks like me catch their foot on the fully assembled box while trying to step over it onto a 12X12 clear space on the back porch. 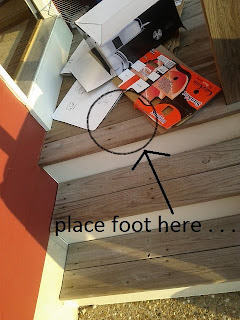 I landed flat on my back at the bottom of those three little steps.

It's official. Stinkles is eligible for Mensa.

She's had an official, indepth IQ test (current Weschler IQ test) administered along with some additional tests which all came back positive for giftedness.

That's all well and good. But explain to me how a six year old child who could write her name by two and multiply & divide at three, couldn't figure out that you have to unlock the patio door in order to open it?

Brought to You by: 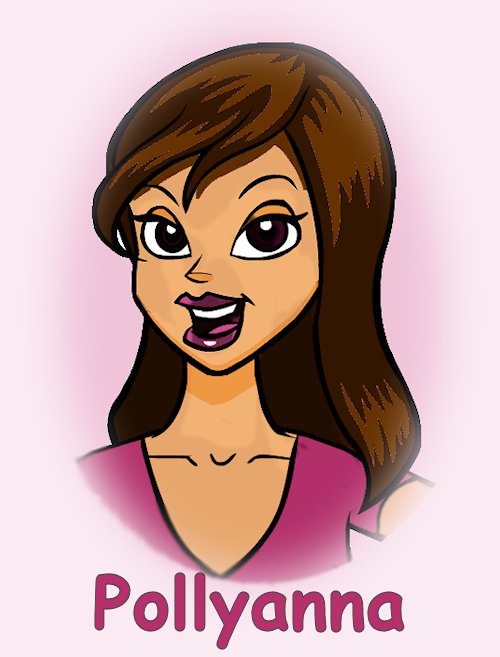 Sometimes you have to make your own fun.